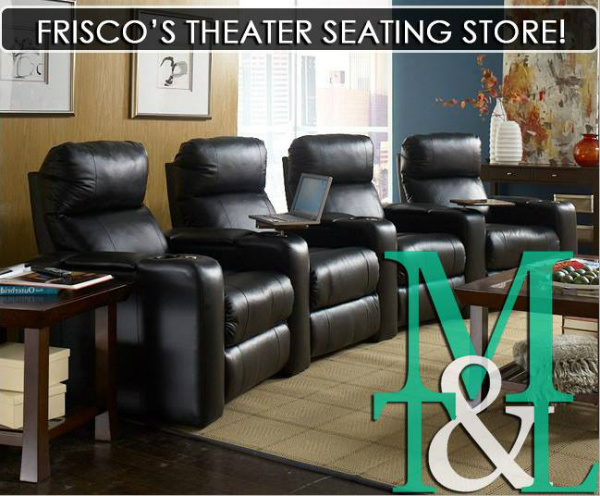 Customize your Media Room at McCabe's!

McCabe’s Theater & Living is owned and operated by Erin McCabe. Erin has an extensive background in the furniture industry that dates back to her childhood days of which she would occasionally spend running around her grandfather's furniture store, McCabe’s Furniture Fair, in Little Rock, AR.

Erin’s father, Tony, also owned and operated McCabe’s Leather Showroom in Little Rock until he decided to make a move to Dallas where he continued to do business in the furniture industry. Erin worked for her father’s e-commerce website for several years and specialized in HTML website design as well as sales.

Her father's e-commerce company was the largest seller of home theater chairs in the country so Erin knows a thing or two about theater chairs and what the customer wants for their media room. After graduating from Texas Woman’s University in 2010 with a BA of Science, Erin decided she wanted to become a small business owner and began her brainstorming for what would soon become McCabe’s Theater & Living.

To add our App Icon to your Smartphone for instant access to this site ... follow the directions below: iPhone & iPod- Touch (Before Starting Step 1, Go to the Home Page of this Mobile Site)

Android (Before Starting Step 1, Go to the Home Page of this Mobile Site)